Posted on January 18, 2022 by Jennifer Mele under Genealogy, History, Stories of our Dearly Departed, Veterans and Military
Leave a comment

Bob MacArevey drafted the following story to share about his parents before they were married. James and Nan rest peacefully within Holy Sepulchre Cemetery in Rensselaer, NY.

“Nan Emery and Jim MacArevey were born in Troy during World War 1.  They each faced hardships during their growing up years.

Nan lost her mother when she was two years old. She went to live with relatives in Port Henry for several years until her father re-married and she was re-united with him back in Troy.

Jim dropped out of High School in Troy after his sophomore year to help the family during the depression.  He worked at several jobs part time.

Their paths would cross teasingly during those years.  Eventually, Nan left to attend the State Teacher’s College in Albany. Jim enlisted in the army prior to Pearl Harbor. He attended Officer Candidate School in the summer of 1942 and was commissioned a Second Lieutenant.

Jim won a Bronze Star for his role in Operation Torch, the Invasion of North Africa, and later a Purple Heart when he was wounded in Tunisia. He was captured near Kasserine when his unit was overrun by Erwin Rommel’s Afrika Korps.  As a Prisoner of War, he was sent to OFLAG 64 in northern Poland. Back home, Nan read the reports of Jim Missing in Action, and later a prisoner.  She began to write him letters.

The following is from a card Jim wrote to his Mother from OFLAG 64, the POW camp:

Just a card to tell you that I wrote to a girl named Nan Emery last week and when I sat down later and thought for a while I realized that she would not be living in that town anymore. Her letter was mailed in May and she expected to move at the end of the school term. She is a teacher. If possible try and let her know I received her letter but cannot afford another form. Give my love to all the Gang.

Love, So long for now.

Towards the end of the war in Europe Jim escaped into Russia and began a long trek to Odessa in the Ukraine on the Black Sea.  His journey from there took him to Port Said, Egypt, Naples, Italy and finally Camp Miles Standish near Boston.

One of his first orders of business was to look up Nan Emery at her teaching job in East Greenbush, and the rest they say is history”. 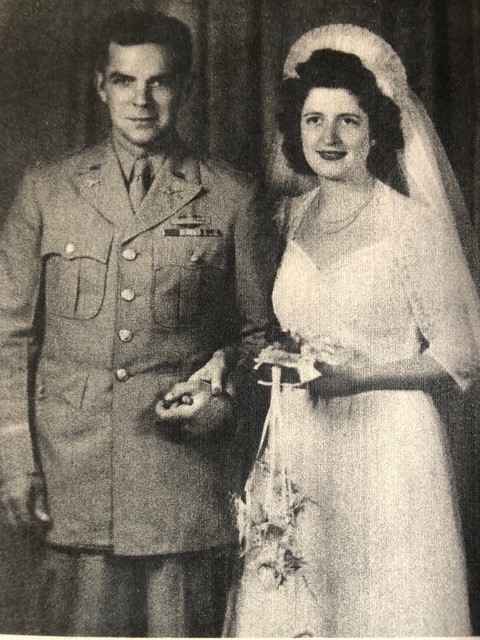 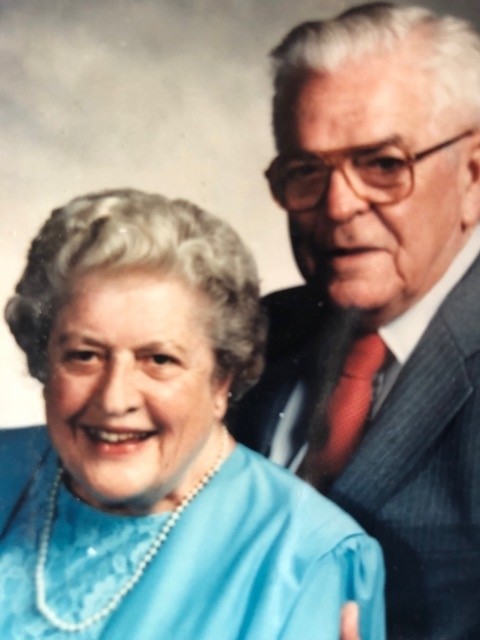