Posted on December 4, 2020 by Jennifer Mele under Uncategorized
Leave a comment

“You understand don’t you Mary?   I’m in a new marriage and your stepfather and I simply cannot afford to take you with us to New York City.  Watervliet is your home and there is plenty of opportunity at the Cluett Peabody Company for you to earn enough of a wage to pay for your room and board.  Be grateful for the work.  Plenty of young girls must work to support themselves.  Take good care of yourself.  I’ll write when I can.  Be a good daughter and check in with the boarding house.  There is a room ready for you and you’ll be happy to know I’ve paid your board for this week until you can collect your first pay.

Mary’s mother clucked her under her chin, smiled and gave her a peck on her cheek before saying good-bye.  The little girl stood frozen in fear and disbelief as she watched her mother walk away.  When her mother turned back to her a few seconds later, a glimmer of hope stopped the tears welling up in her blue eyes.    Maybe she changed her mind?  No.  She merely handed her some magazines to read in her spare time, clucked her under her chin again and left for good.  The year was 1913 and eleven-year-old Mary was alone and about to enter the workforce six days a week, twelve hours a day for pennies per hour.

Mary was my grandmother. My mother told this tale of woe to me countless times just as it was told to her by her mother.  Most times I doubted its accuracy.  How could a mother leave an 11-year-old girl to fend for herself as a factory worker?  The more research I did as part of my graduate studies in history, I concluded this sad story could very well be true.  Child labor in 1913 was utilized in full force with no regulations limiting the number of hours worked.  Perhaps worse was the fact that workplace safety was not even a consideration. Conditions were dangerous and there were no safety nets in the form of workers’ compensation should a worker be maimed on the job.  It happened with regularity.  Mary worked as a “feeder” in the Cluett Peabody factory.  Her job for 12 hours a day was to feed shirt collars into a pressing machine.  The work was tedious and dangerous.  Years later she still bore the scars on her hands and forearms from burns she suffered laying collar after collar on the hot press.  She recalls having her meager wages docked for collars she accidently scorched.  Already malnourished and one paycheck away from being homeless, Mary said she often burned her hands to save the collars from being scorched.

While the struggle for child labor reform had begun well before Mary was born in 1902, the exploitation of children in the workforce continued to be embedded in the socio-economic life of working-class Americans well into the 20th century.  It was more of an accepted fact of life rather than a problem that needed to be reformed.  Employers could easily threaten and manipulate children as well as pay them much less than an adult. I can only imagine the kind of abuses my grandmother suffered as a young girl in a factory run by ruthless, greedy men.

By 1933, New York was considered the leader in developing and enforcing laws to protect children in the workplace.  Though true reform was on the horizon, it was often circumvented by employers and workers willing to break the law.  The lingering impact of the Great Depression did not help matters.   Poor people needed every cent they could earn and if their child were sturdy enough to work, they sent them to the factories.  Employers were happy to capitalize on the poor working class’s desperate circumstance and hire underage workers.   Our burial records for Albany Diocesan Cemeteries are unfortunately full of the names of children killed on the job.  Many drowned while working on the Erie Canal and many more were crushed or burned to death in industrial accidents.  In that regard, Mary was fortunate to have survived her childhood.  She quit work when she married but the psychological scar she suffered stayed with her forever.

There are no pictures of Mary as a child. Here is one of Addie Card, a twelve-year-old girl photographed by Lewis Wickes Hine in 1910. 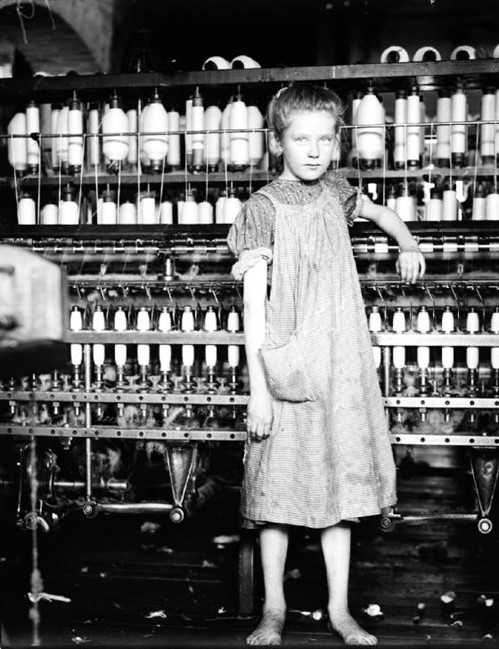 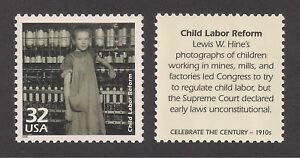 A short biography of Addie written by Frank J. Leskovitz and posted on Find A Grave inspired me to write Mary’s story.  Mr. Leskovitz says Addie Card’s photograph was a powerful symbol in child labor reform.  He calls her, “The Face of Child Labor Reform.”  Looking at this skinny little girl standing barefoot on an enormous spinning machine cannot help but evoke feelings of sympathy and outrage.  Addie lived to the age of 95 and is buried in St. Agnes Cemetery, Cohoes.  My grandmother, Mary died at age 86 and is buried in St. Patrick’s Cemetery, Watervliet.  Both Addie and Mary had their childhoods stolen from them by a corrupt and unsympathetic society.  May they rest in peace knowing there is little chance in America that their descendants will ever suffer the same fate.  Other parts of the world are a different story”.