Posted on June 1, 2019 by Jennifer Mele under Most Holy Redeemer Cemetery, Stories of our Dearly Departed
Leave a comment

Albany Diocesan Cemeteries launched “Stories of our Dearly Departed”, a series featuring stories and photographs of those who are buried within our 19 upstate NY cemeteries.

“As the historian for Albany Diocesan Cemeteries, I am frequently asked about famous people interred in the many cemeteries under our management.  “Famous” is a broad term in my mind, which puts me at a loss to start rattling off names.  We have people buried in cemeteries that are notable for many various accomplishments in life including innovators and entrepreneurs, medical professionals, political leaders, philanthropists and devoted members of the Catholic community.  But the word “famous” for most people relates to celebrities in the arts, film and television and in that context, our cemeteries can boast of many people who attained fame in their lifetimes.  Their fame is immortal, though their famous faces rest for all eternity in sacred ground.

Maureen O’Sullivan’s film career took off in 1932 with the production of Tarzan, The Ape Man. She played the role of Jane Parker who was rescued by Tarzan. Jane became one of the most iconic figures in film history.  Although it is said that she was irritated at times about the repeated references to her as “Tarzan’s Jane,” she later accepted it as a folkloric signature.  She Jane! 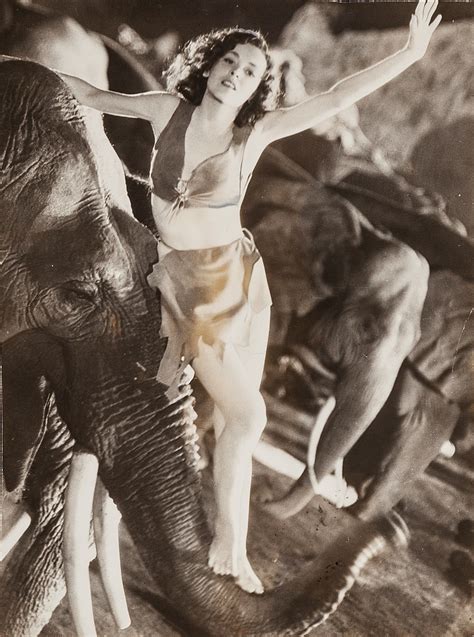 Her long, productive life ended on June 22, 1998 at the age of 87.  She came a long way from the little Irish-born girl who spent her early years being educated by nuns in London, Dublin and Paris.  Ms. O’Sullivan’s many accomplishments have been well published and it is not my intent to recap them all here.  They would fill a book!  Her fame grew and grew and even into her late seventies she was making films with some of the leading most Hollywood producers including Francis Coppola’s Peggy Sue Got Married (Maureen was cast as Peggy Sue’s (Kathleen Turner) ghostly grandmother when Peggy visits her from the future and as the mother to real life daughter Mia Farrow in Woody Allen’s 1986 hit, Hannah and her Sisters.  Maureen O’Sullivan was a woman of grace, beauty and substance who was modest about her talents.  She once told an interviewer in 1986: “I didn’t pretend to be an actress.  I just tried to be natural, the best I could.” 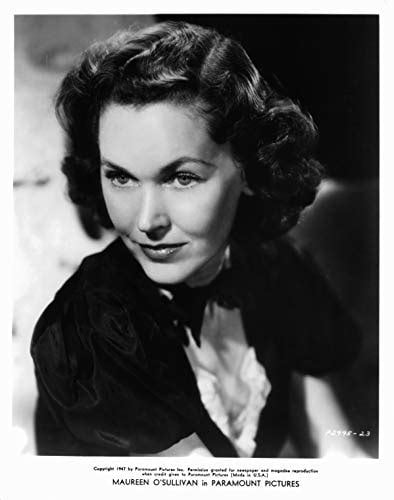 In the 1940s she took a break from her film career and had seven children with husband, John Farrow.  They lived in California until John died suddenly in 1963.  Maureen moved with her children to Manhattan and resumed her acting career both on Broadway and in film until shifting her focus away from acting to devote her energies to causes important to her.  She was never pretentious, nor did she live a life of turmoil as did many film stars of her caliber.  Her philosophy on motherhood proves her to be a common-sense, no nonsense woman.  She said, “The real way to bind children to you is to let them go. Clutching is no good; it simply makes them determined to be rid of you. But once they’re free, they surprisingly want to come back to you as friends.”  At the time of her death she was survived by six of her children (her oldest son was killed in a plane crash in 1958), 32 grandchildren and 13 great-grandchildren. 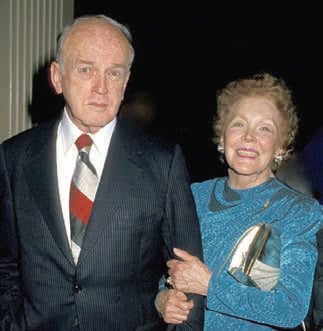 In 1980 she was honored by the Roman Catholic Interracial Council as “a distinguished Catholic who has worked to combat racial and religious bigotry and discrimination in our society.”  Twenty years after the death of her husband, she remarried an accomplished man well known in the construction industry named James Cushing from Schenectady County.  They made their home in Phoenix, Arizona with a second home in Grantham, New Hampshire but both were active in local affairs – particularly Mr. Cushing who was a trustee and benefactor of Siena College for many years.  He was also a benefactor of area healthcare foundations, Cushing Library in Schoharie, and was active with the Williamstown Theatre.

Maureen O’Sullivan and James Cushing rest in peace in the Cushing grave lot located in Most Holy Redeemer Cemetery in Niskayuna.  A substantial family memorial marks the grave lot but draws no attention to one of the most famous women of our time.  Perhaps that was her intent. One of her lines in the movie, Peggy Sue Got Married is directed at Kathleen Turner’s character seems to be art imitating the life of a sound and reasonable woman who took her fame in stride: “There’s nothing to worry about, dear. You’re just browsing through time.”

Rest in peace dear Maureen O’Sullivan.  Your legacy lives on.” 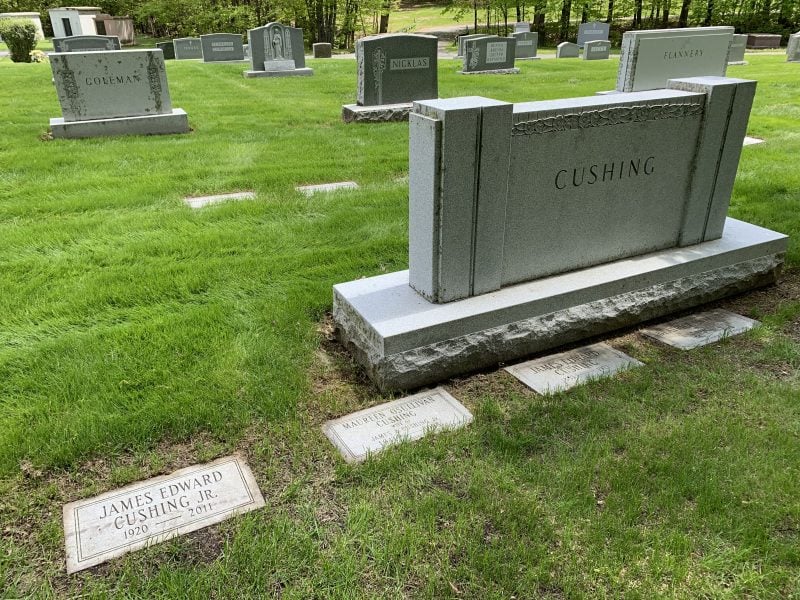 The Cushing lot at Most Holy Redeemer Cemetery, Niskayuna, NY