In celebration of the restoration of the home once belonging to the Menand Village’s namesake and once world-famous horticulturist, Louis Menand; Albany Diocesan Cemeteries hosted a very special garden party on September 19th on the grounds of the Louis Menand House built circa 1846!  The Menand House and 3 ½ acres were purchased by St. Agnes Cemetery in 2016. It now serves as the central administrative office of Albany Diocesan Cemeteries.

The sold out event of over 160 friends and supporters gathered to enjoy good food and drinks on the grounds of the Menand House before boarding a trolley to nearby Founders’ Hill in Historic St. Agnes Cemetery to watch four upbeat and amusing skits by Albany Civic Theater, highlighting some of the notable people interred in the cemetery.

The house is not normally open to the public for tours, but attendees enjoyed touring the house and grounds for the event.

The Menand Village Master Gardener Dianne MacFarland has recently partnered with St. Agnes Cemetery to begin work on reconstructing the Menand House Gardens and provided a beautiful fall plant and pumpkin display at the event.

All proceeds from the event go towards the restoration and beautification of the Menand House and surrounding grounds. 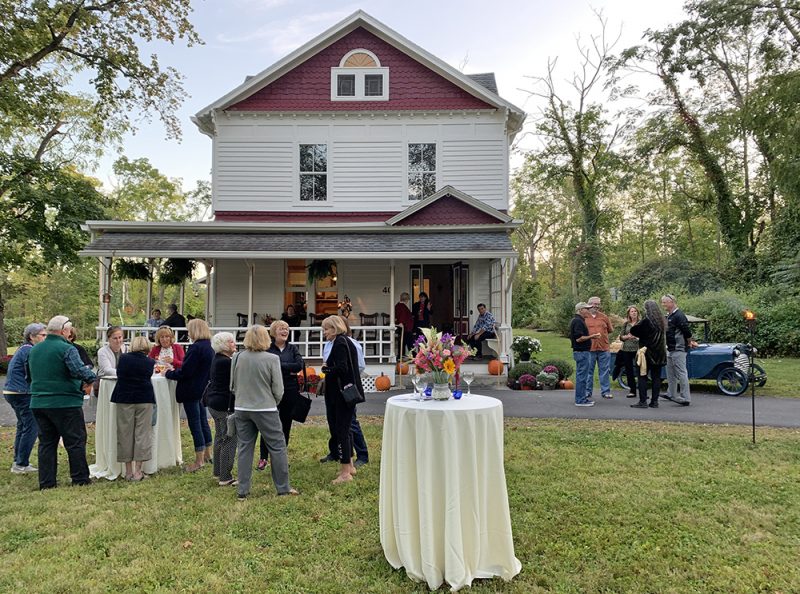 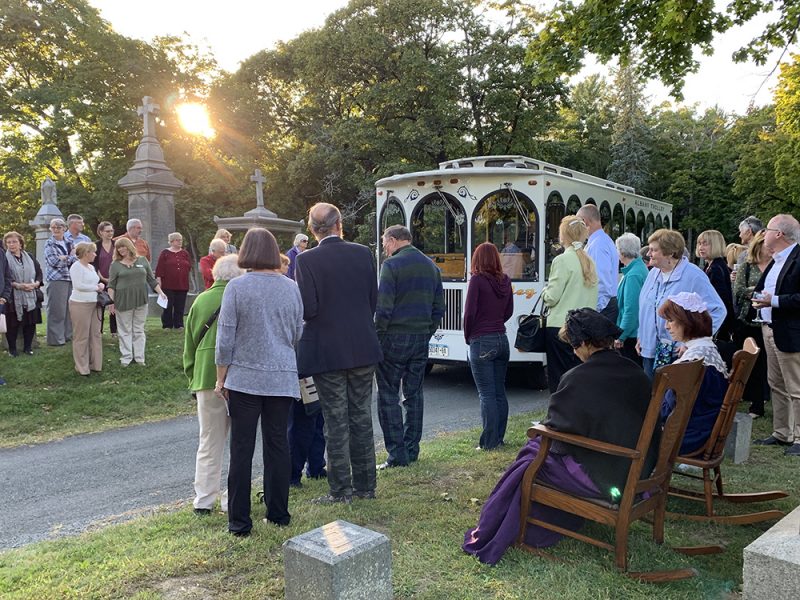 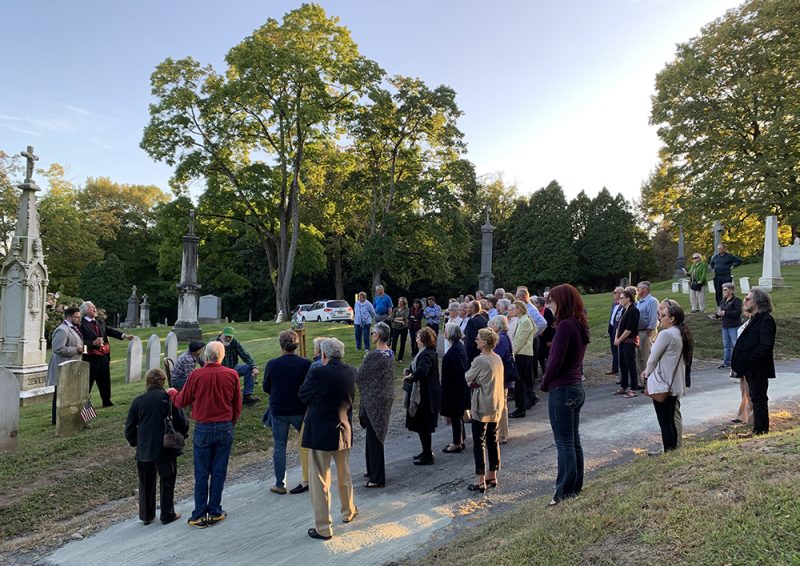 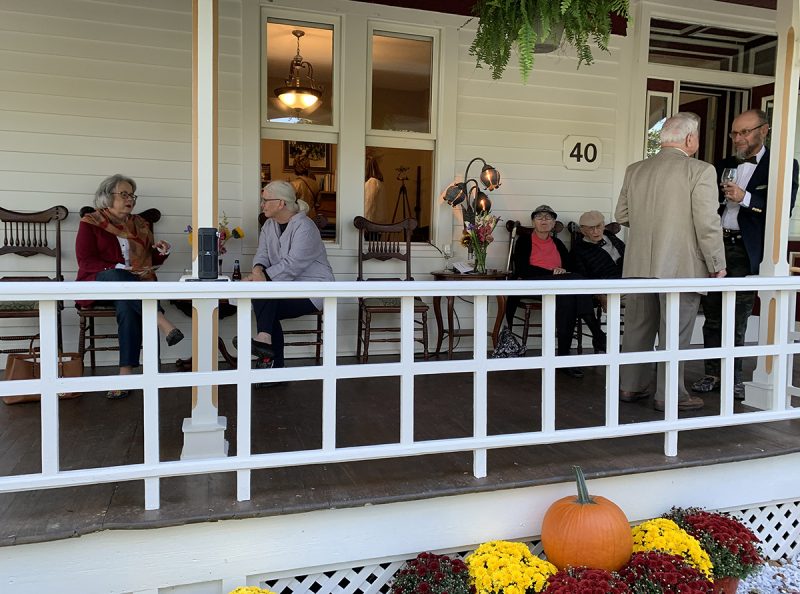 The front porch of the Menand House 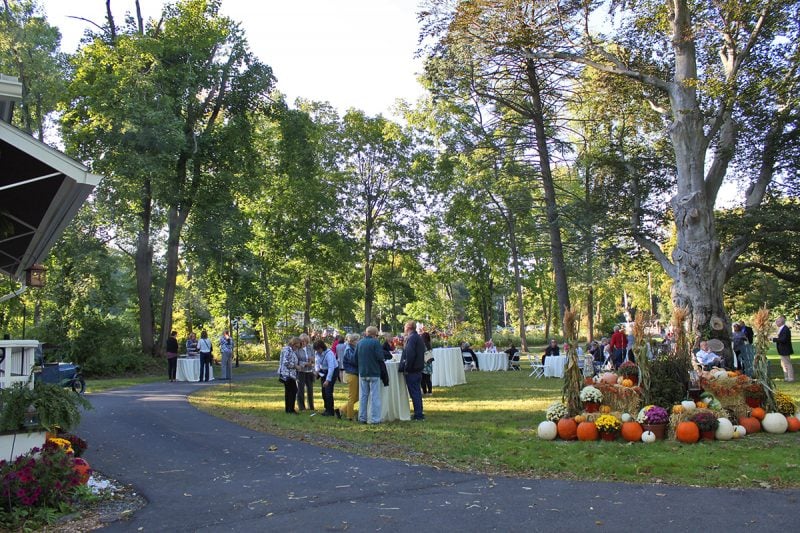 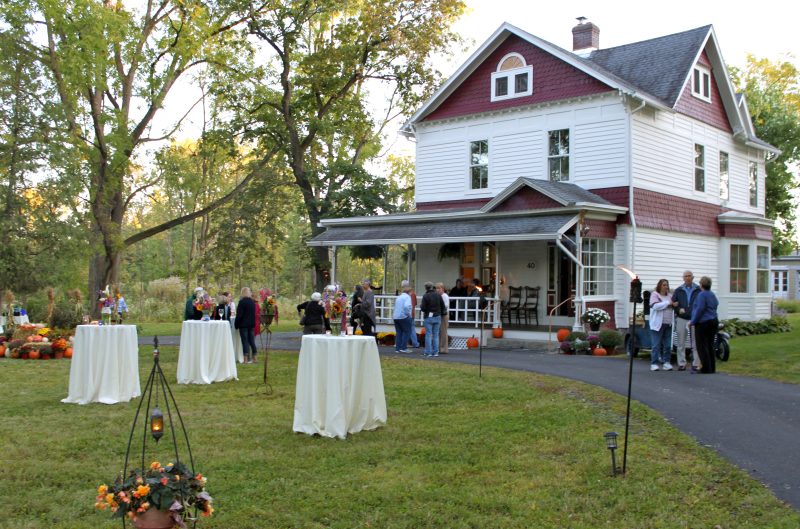 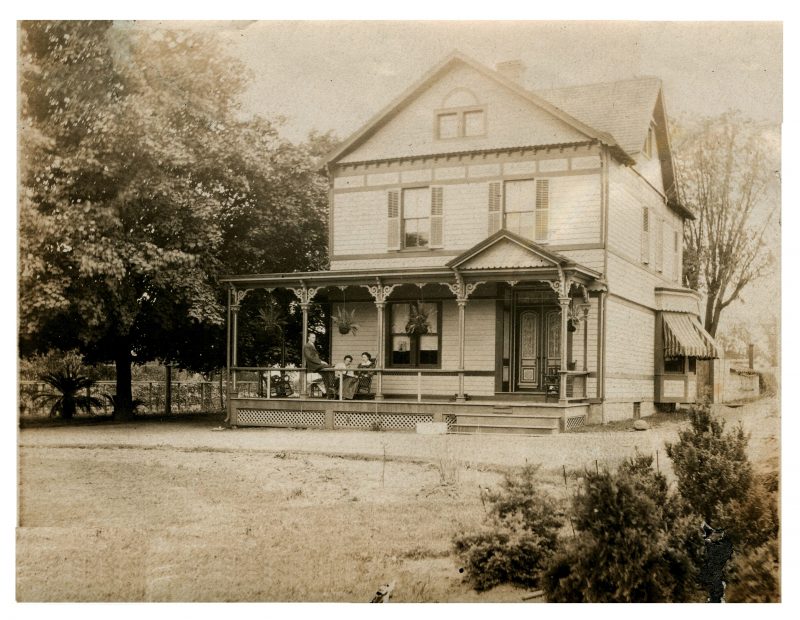 The Menand home with family. 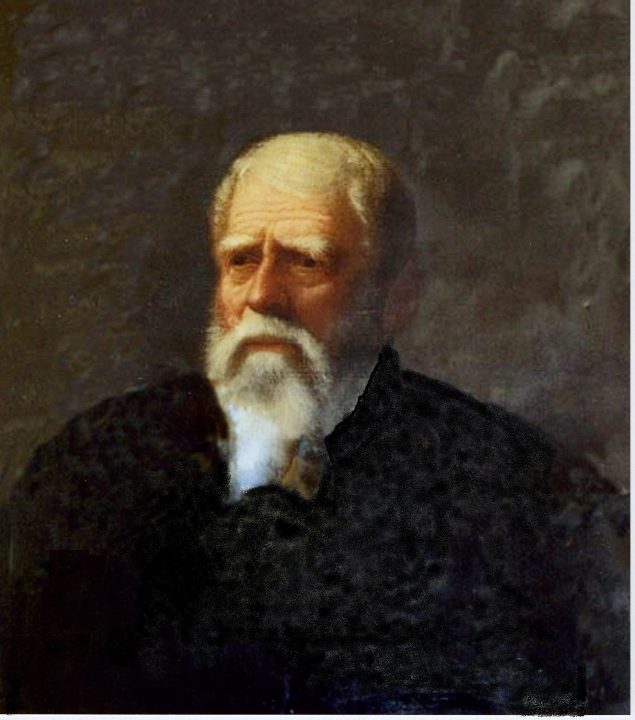 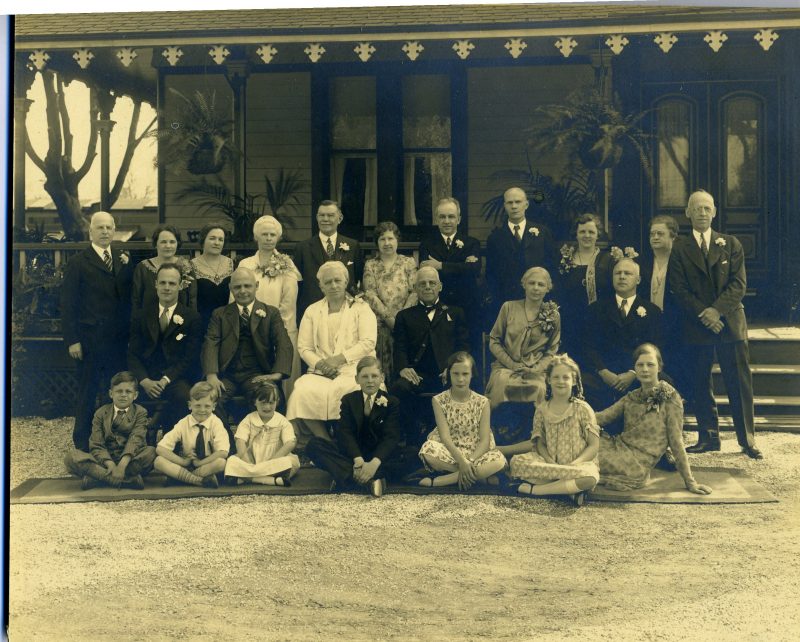 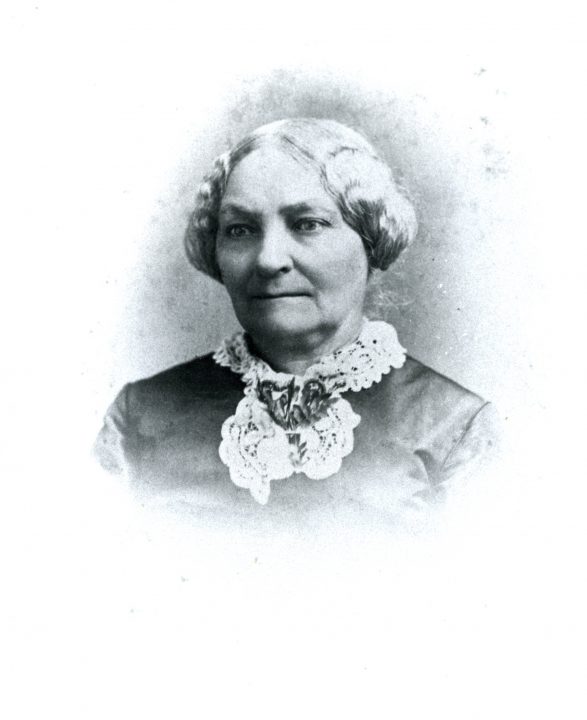 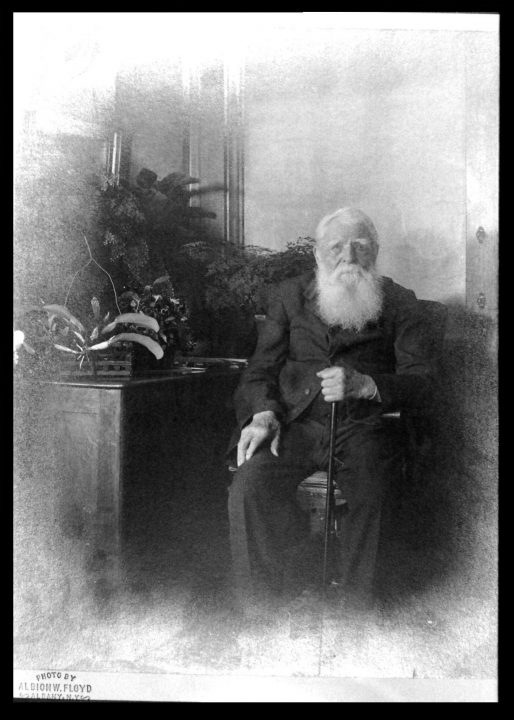 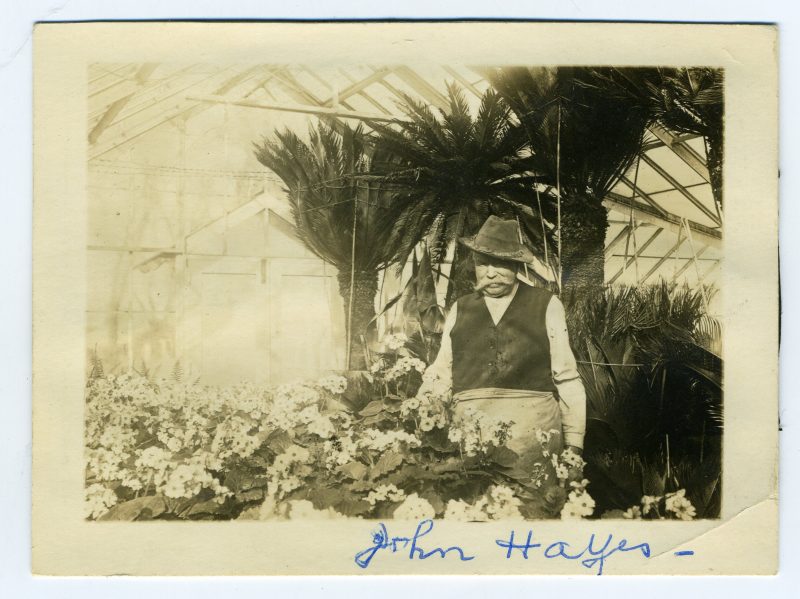 (The following information is from LivingPlaces.com)

“The Louis Menand House (40 Cemetery Ave.) was listed on the National Register of Historic Places in 1985. Portions of the content on this web page were adapted from a copy of the original nomination document. [1]

The Louis Menand House is located near the entrance to the Albany Rural Cemetery. The house is set back from Cemetery Avenue, a nineteenth century road that is lined with wrought iron fences. Many exotic plantings, including male and female gingko trees, survive on the property.

This two-story Queen Anne style farmhouse has a cross-gable roof and a central chimney. The majority of the front section is covered with clapboards. Fishscale shingles cover the gable ends and form a band around the middle of the building. A band of vertical siding runs along the top of the second story on three sides of the building.

Paired windows appear in the gable ends. A one-story porch with a shed roof and bracketed piers wraps around the north and south sides of the building. Brackets appear at the corners of the building. A small shingled gable is built over the porch, near the entrance, to form a small portico. A small one-story projecting bay is positioned on the west side. The interior retains its original details, such as the woodwork, fireplace, doors, and hardware.

The rear section is two stories with a gable roof. A one-story addition with a shed roof is built on the rear. Outbuildings, three sheds and a garage, as well as foundations of greenhouses survive on the property which relate to its nursery function and which contribute to the significance of the resource.

The Louis Menand House is historically significant as the only surviving structure associated with the locally prominent Menand family. In the late nineteenth century, Louis Menand, a world-renowned horticulturist, established a variety of nurseries and green houses on the property. Here, the Menands completed extensive horticultural experiments and developed new hybrids of flowers. The Queen Anne/Stick style structure was occupied by Louis Menand, Jr., who was actually involved in the family business. The suburban community which eventually grew around the family’s gardens became known as “Menands.”

The son of a French gardener, Louis Menand studied horticulture and became the curator of the Botanical Gardens in Paris. In 1837, Menand came to the United States and eventually established himself as a nurseryman and florist on a property nearby. (His home is no longer extant). In 1870, Menand purchased the property. This residence was constructed in 1881 incorporating an earlier house, and was occupied by Louis Menand, Jr. The family had numerous nurseries and greenhouses on the property where they performed horticultural experiments and developed new hybrid flowers. Several buildings and foundations survive which indicate the pattern of use of the property as a residence and commercial garden. The lawns surrounding the house are distinguished by specimen, trees and plantings reflecting the Menands’ taste and occupation.

Due to the location of a railroad stop serving the nearby Albany Rural Cemetery, the area surrounding the Menand family nurseries soon developed as an important suburb for the city of Albany (see Menand Park Historic District). The area, was known for both the Menands’ nurseries and for the train stop, and it was named “Menands” when later established as a village.”