Posted on February 22, 2022 by Jennifer Mele under Genealogy, History, Our Lady Of Angels Cemetery, Stories of our Dearly Departed
Leave a comment

I never really gave much thought to the term “eminent domain” until my great-aunt told me the story of how she lost her house to a grocery store chain.  She and her husband lived in that house all their married life.  With bitterness in her tone and sadness in her eyes, she told me about the day she knew there was no use in continuing her fight to save the place she had hoped would be hers until the day she died.  She did not care about receiving fair market value for her property because she did not want to sell!  Imagine someone coming to your home and TELLING you that under the state government’s power of eminent domain, your house and property will no longer belong to you.  You can go through the proper channels and try to fight, but in the end, you will have to move.  And so, my aunt’s house, along with many others in the vicinity was razed and a Hannaford grocery store was built.  At least she received fair compensation for her property.  As our next feature in Stories of the Dearly Departed will tell such was not always the case when it came to taking property through eminent domain.  -Kelly Grimaldi

Prof. Philip DiNovo drafted the following story to share about his grandparents, a glimpse into the hard work and great sacrifice of Philip and Antonina DiNovo, interred in Our Lady of Angels Cemetery, Colonie, NY.

“My grandparents, Philip DiNovo (1879 – 1970) and Antonina (1884 – 1974) were Italian immigrants and the parents of five sons and four daughters.  They settled in Albany where my grandfather made his living as a truck farmer managing a large farm in what was then a rural part of Albany County.  He grew all kinds of vegetable including parsley.  He provided parsley to many hotels and resorts in the north country and was known as the Parsley King.  My grandfather also raised turkeys and I remember customers coming to the farm at Thanksgiving to pick up their turkey.  My grandmother made meals with all the produce they grew.  Pasta and fresh picked vegetables were on their daily menu. He and his family worked hard on the farm until one day the state government came to the farm to tell my grandfather they needed his land to build what would become the W. Averell Harriman State Office Campus.   He was not offered a fair price for his land and being an immigrant, he could not fight the poor payment the state gave him.   The worst thing about my grandparents losing their farm was not only did he not want to sell, but he was also paid so little.  I believe they received $56,000, but it was so long ago, I can’t recall the exact amount.   In contrast, Albany Country Club was also forced to sell but they received an offer of one million dollars for their land.  The Club sued and got a total of two million dollars.  They had lawyers and many prominent members of the community belonged to Albany Country Club that knew the system.  My immigrant grandparents had no voice.

Despite losing the farm, Philip and Antonina DiNovo continued to pave the way for their many descendants to have the American dream due to the hard work and the many sacrifices of these two Italian immigrants.  They, and many of my extended family including my parents are buried at Our Lady of Angels Cemetery in Colonie”. 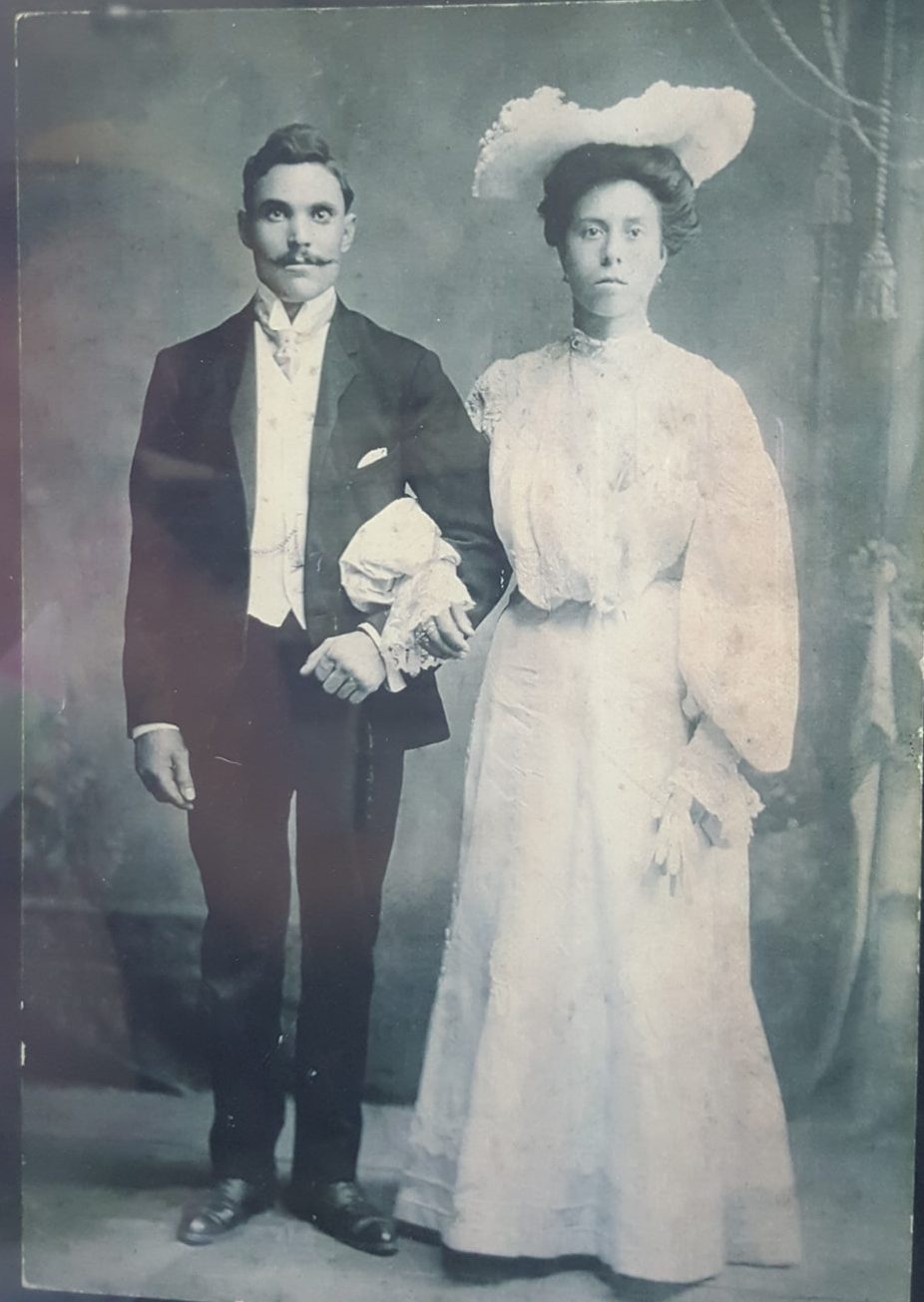 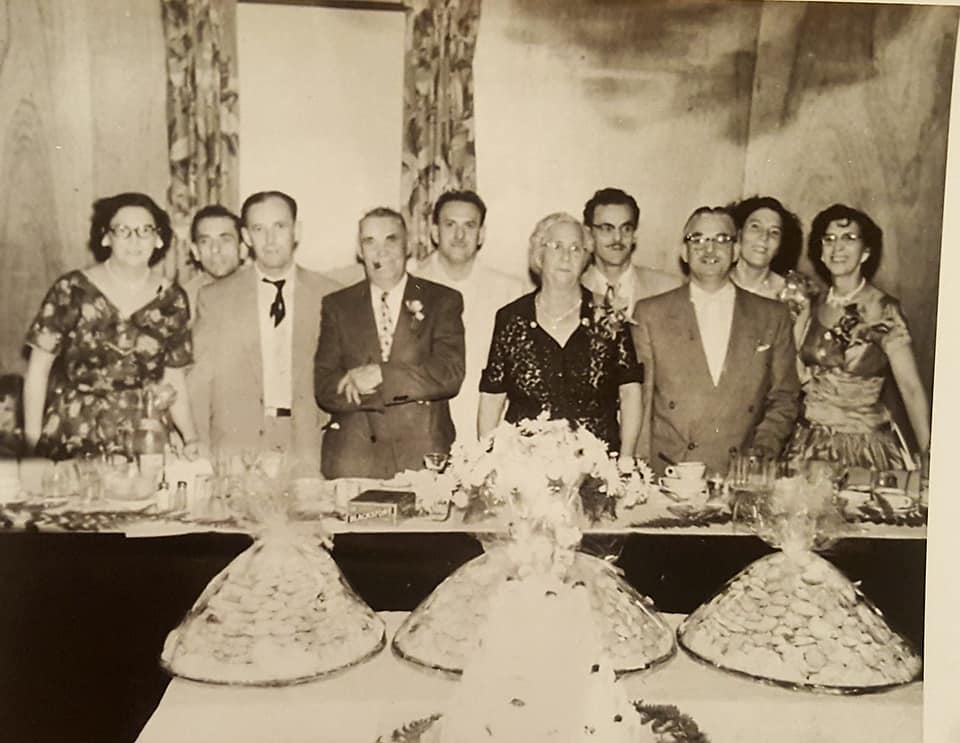 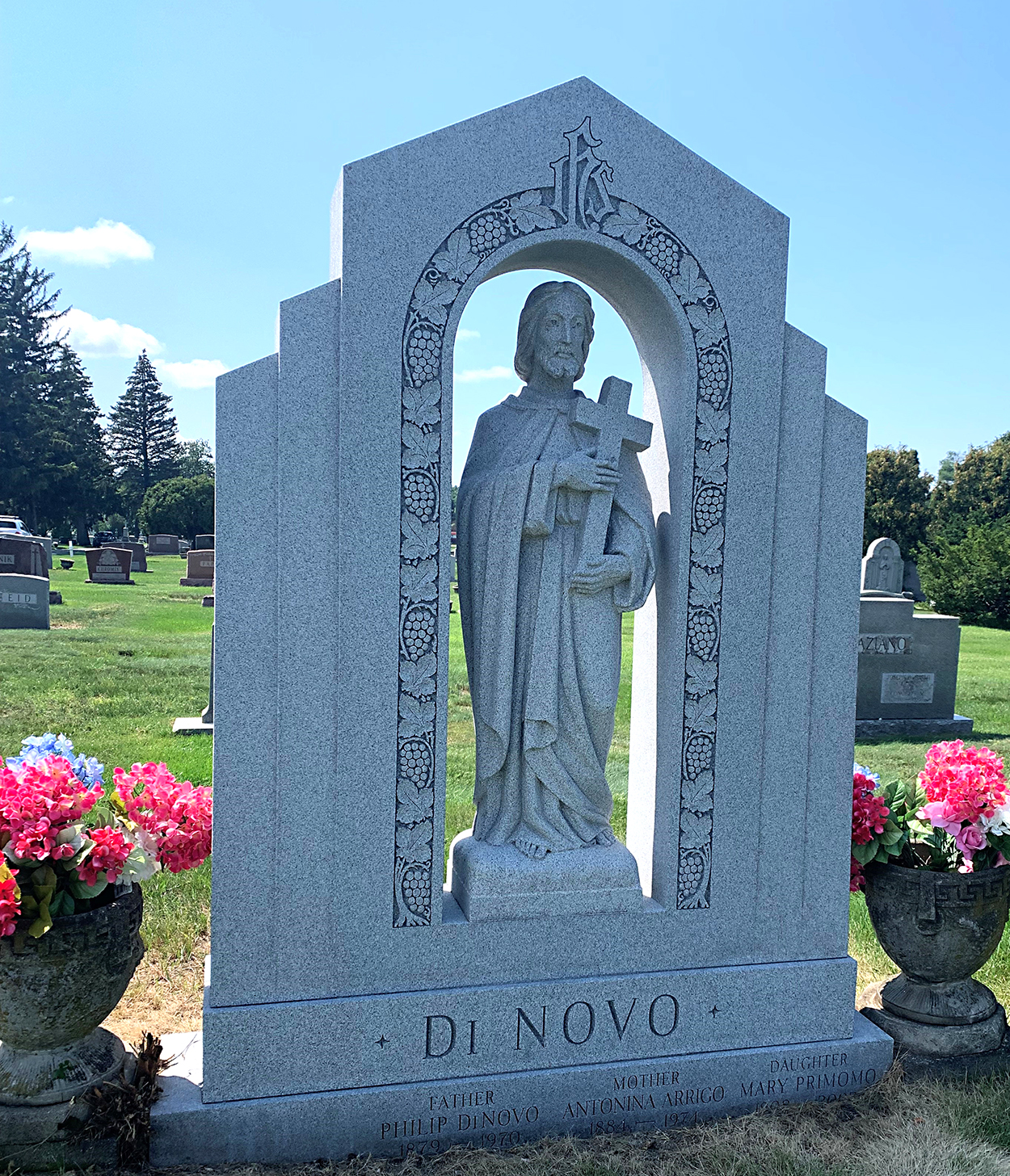 The DiNovo family monument at Our Lady of Angels Cemetery, Colonie, NY.

Philip DiNovo chose to have his family’s grave lot memorialized in a grand manner.  The barre granite stone (pictured above) features a life-size sculpture in the round of St. Philip standing in a beautifully carved arch flanked by granite urns.  The grandness of the stone suggests that the DiNovo Family was one of wealth and prominence and not the Italian immigrant farmers they actually were.  Recently one of the granddaughters of Philip and Frances DiNovo funded the cleaning and restoration of this stone.  It looks as new as the day it was installed many decades ago.    It is a wonderful way to honor the memory of the DiNovo ancestors.  Albany Diocesan Cemeteries offers an in-house gravestone cleaning service.  Give us a call at 518-350-7679 for more information on how you may honor the memory of your family.