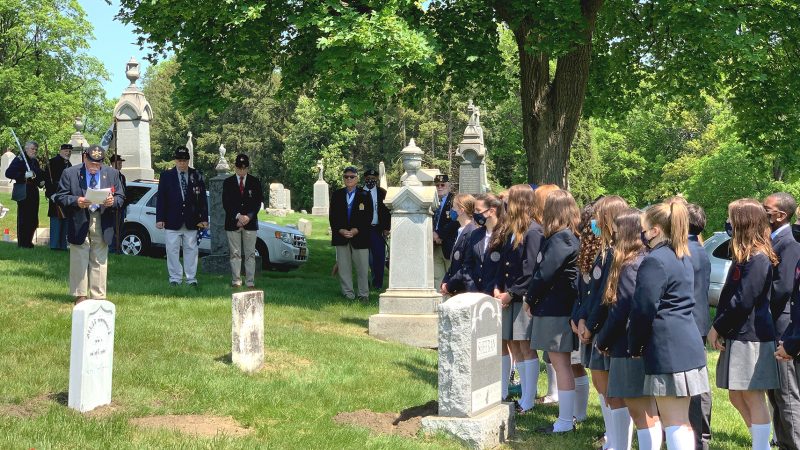 The American Civil War is the pivot point between the 7th and 8th grade curricula for students at Saint Gregory’s. 7th grade ends its year talking about the roots of the conflict, and 8th grade begins the year with the war itself and its aftermath. The 7th graders have begun the discussions about the process of disunion in Antebellum America which has provided context for the time period. Having completed their study of the Civil War, the 8th grade participants understand the context and impact of the war.

“Having this great opportunity will allow our 8th grade students to return to the Civil War material and will allow us to introduce the material to our 7th graders. More importantly, this kind of trip brings history alive and connects our 21st century students to the realities of war in the 19th century.”– Eric Martell, Teacher with St. Gregory’s School

By installing a new gravestone memorial for Civil War veteran, James Connors, we ensure that he is honored for his service to our nation, and that he is not forgotten. Equally important is the opportunity to work with young students to make history relatable, provide hands-on-experience learning, and instill a sense of honor for all veterans and their service to our country.

Historian and Associate Director of Albany Diocesan Cemeteries, Kelly Grimaldi has been working steadily for the past 11 years to ensure veterans buried in Albany Diocesan Cemeteries are properly memorialized. This stone is one of over a thousand veterans’ gravestones that have been restored or replaced under Kelly’s direction. She says this event was an eagerly anticipated opportunity to be a part of experience learning, to help students make connections on how history and curriculum relates to their own lives and the greater community.

Rick Touchette, Executive Director of Albany Diocesan Cemeteries, states, “Burial of the dead has always been recognized by the Catholic Church as a religious rite and a corporal work of mercy that shows compassion and respect for all, living and deceased. We take that charge seriously, and we are honored to provide a proper memorial for Civil War Veteran, James Connors.”

Grimaldi has been unable to uncover many details about Private James Connors’ life but we can conclude he was a very brave man dedicated to his new country. Some records from our research show his name spelled as Conners. He fled Ireland at the height of the Potato Famine as many thousands of Irish citizens did. When the Union Army had a call for volunteer soldiers, Connors was quick to enlist in May of 1861. He was 44 years old and prepared to fight among men 18 years old and many even younger. He was given a uniform and a rifle, and the army paid him 73 cents the day he mustered on May 17, 1861 to serve in Company I of the 18th Infantry. 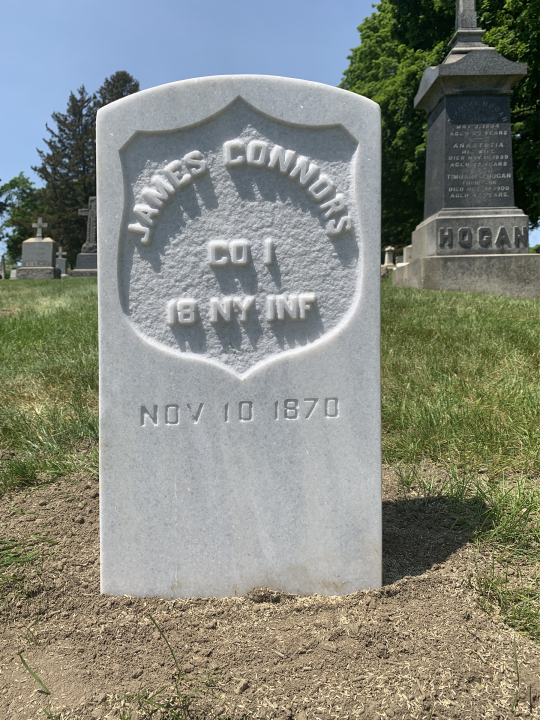 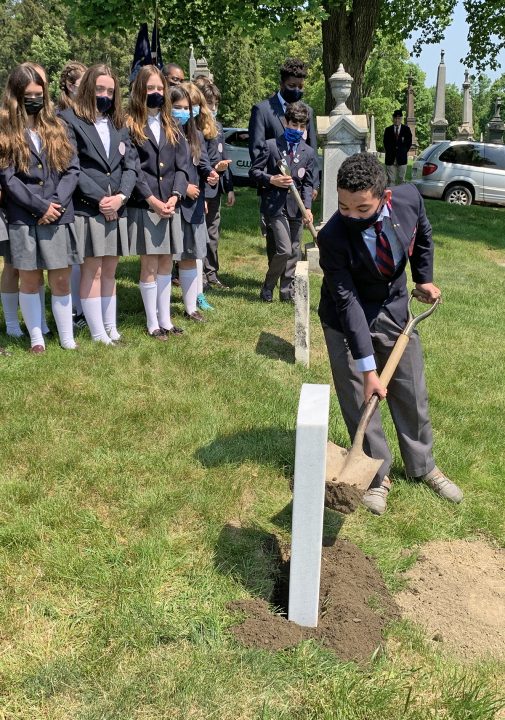 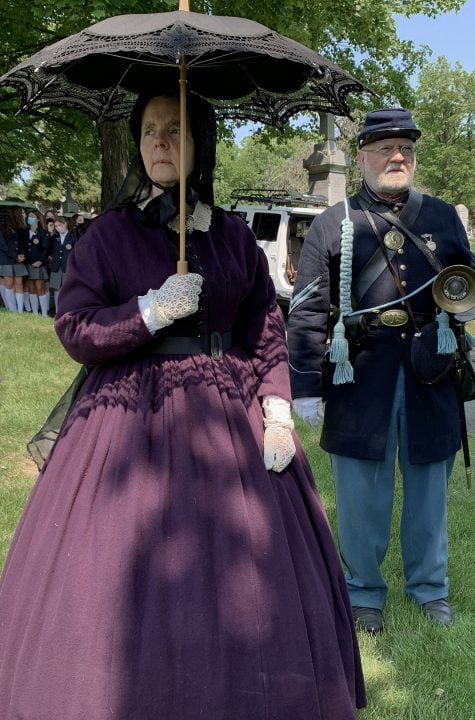 The 18th infantry participated in major battles and one of them – The Battle at Antietam in September 1862 is still known today as the bloodiest single day in American history. 23,000 men were killed or wounded on that day. It was this battle that was a turning point in the Civil War. It bolstered the Union army’s morale and gave President Abraham Lincoln the confidence to issue the preliminary Emancipation Proclamation to free enslaved people. The war was no longer just about keeping the south from seceding from the union – it was about ending slavery in America.

Private Connors, the man we honor, was there. He was wounded and discharged for disability a week after the Battle at Antietam and sent home.

His was not a happy ending. Five years after the war ended, James Connors drowned in Coeymans, NY on November 10, 1870. He rested in peace, but with a broken and illegible memorial for decades.

Over 150 years after his death, we honor Private James Connors’ memory because as a nation we make a promise never to forget our veterans no matter how long ago they served their country. 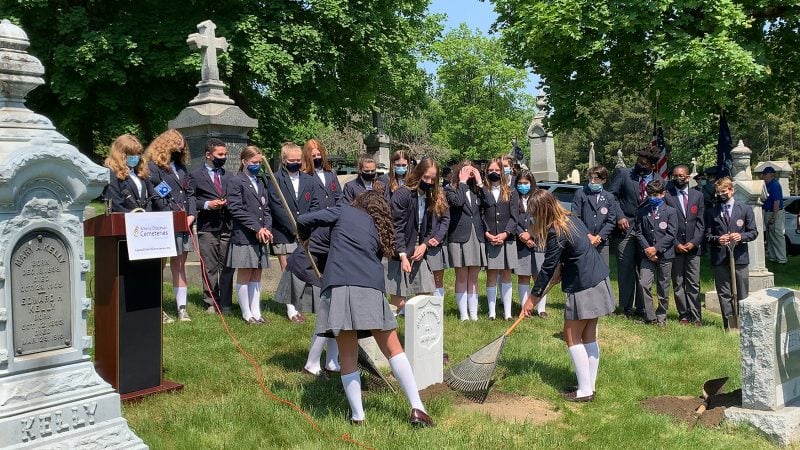 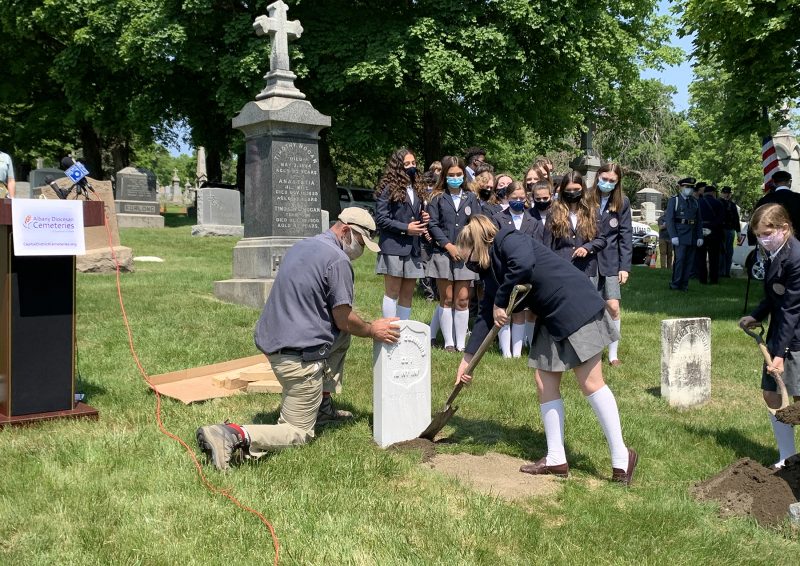 Filling in around the gravestone 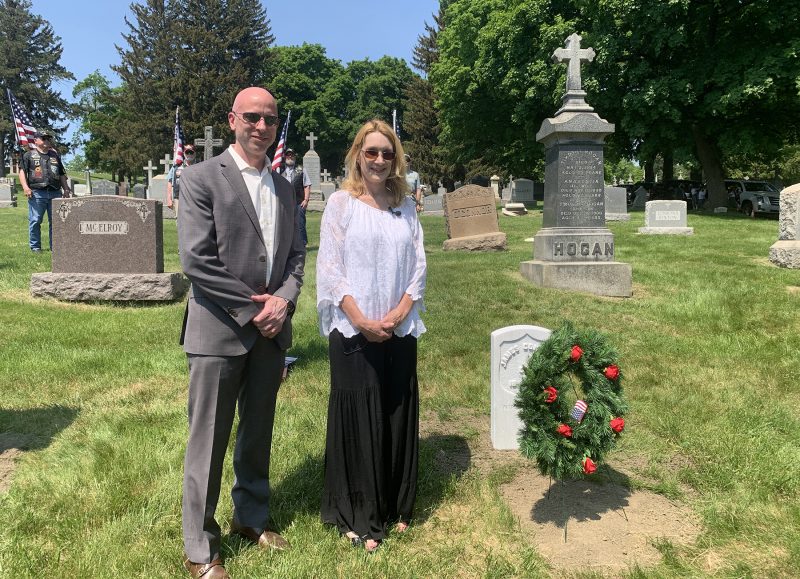 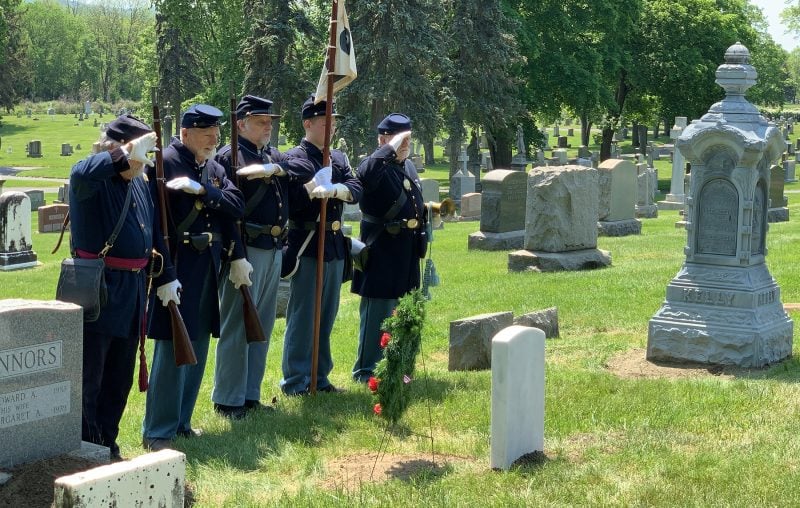 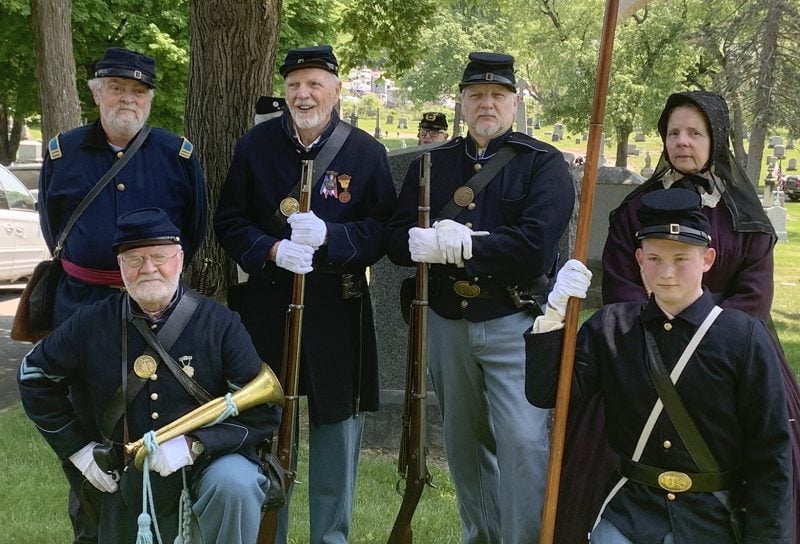 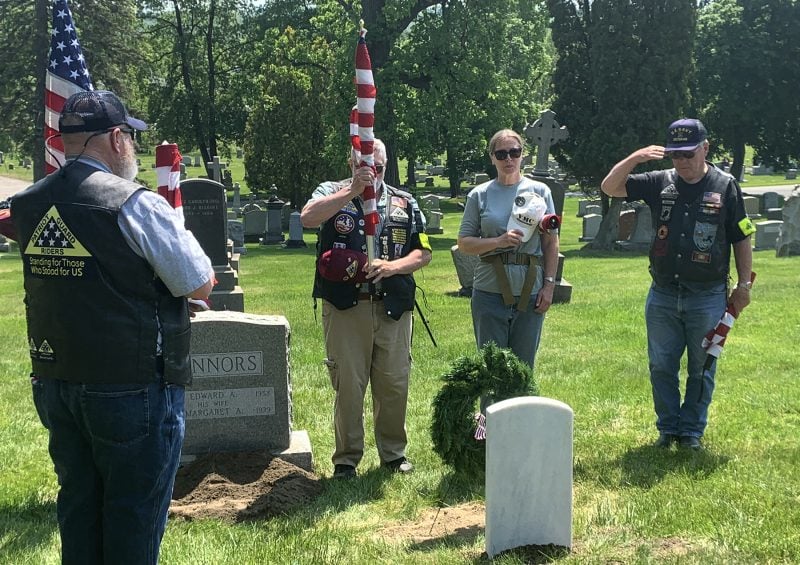 Press coverage of the event: