Posted on November 13, 2019 by Jennifer Mele under Stories of our Dearly Departed
2 Comments

“Ask any die-hard football fan old enough to remember watching the Raiders/Jets game on television on November 17, 1968 how that game ended. They’ll probably still be mad about it regardless of who they hoped would win.  With just over a minute left on the clock, the Jets kicked a 26-yard field goal giving them a 32-29 lead.  After the kickoff, the Raiders returned the ball to their own 23-yard line and then one of the finest moments in football history happened. The Raiders quarterback, Daryle Lamonica,  threw a 20-yard pass to his halfback, Charles Smith; a facemask penalty moved the ball to the Jets’ 43-yardline and on the next play, Lamonica passed again to Smith who ran it all the way for a touchdown.  The Raiders took the lead. The Jets fumbled the kickoff and the Raiders’ Preston Ridlehuber grabbed it for another touchdown. Oakland scored twice in nine seconds to win 43-32. Exciting stuff!  But unless you were seating in the stadium – you missed one of the most spectacular game endings ever.  NBC never aired that last riveting moment in football history because the network was scheduled to air the movie Heidi at 7 PM and that is exactly what they did.  Big mistake – one that changed the course of network programming forever. 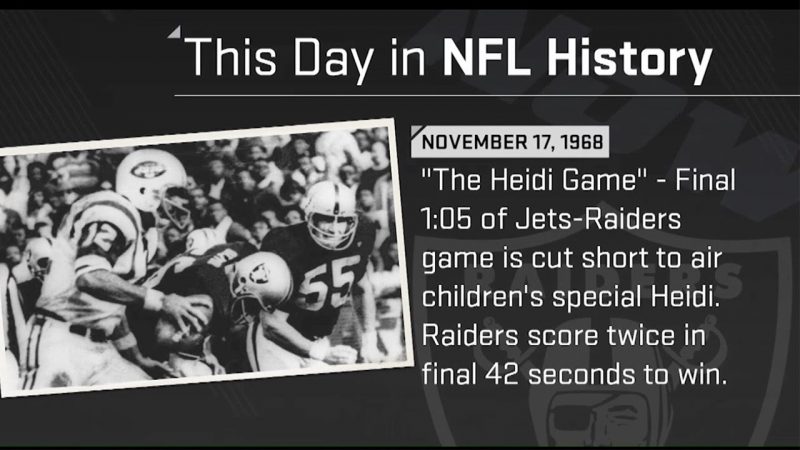 We lived in Patuxent River, Maryland and I was just a little girl playing a board game in the living room with my brother. I didn’t give a hoot about football, but I’ll never forget the day. My father sprung up from the couch like a crazy man and started screaming at the television! With fists clenched, he paced and cursed and kept shouting words of utter disbelief! I wondered why he would be so mad that a movie about a little girl was starting.  I was quite happy. It was a brand-new version of Heidi and it was great!  Not two touchdowns in the last 9 seconds of the game great though and the world will never forget what is dubbed “The Heidi Bowl.”

One of the cast members of the original Heidi (1937) starring Shirley Temple was Mary Nash who played the villain Fraulein Rottenmeier. Oh how I despised that awful character! Interestingly enough the actress that played the Fraulein, Mary Nash, rests in the Mack mausoleum located in St. Agnes Cemetery, Menands.  She died in Hollywood, California in 1976 at age 92 and was sent back to her birthplace to rest in peace with her sister, mother and grandparents. Ms. Nash was an accomplished stage actress in the early 1900s before turning her talents to the big screen during the Golden Age in Hollywood. She worked with many well known actors including Gary Grant and Katherine Hepburn in the 1940s version of The Philadelphia Story.  Mary Nash played Katherine Hepburn’s mother in that film.  She had a good, long life! 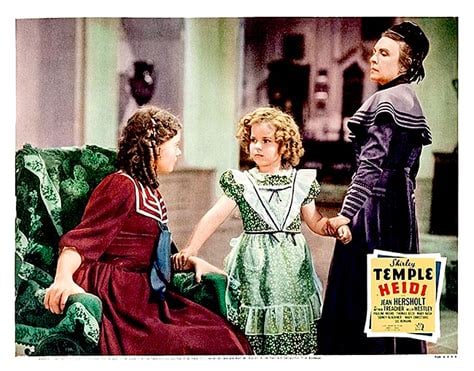 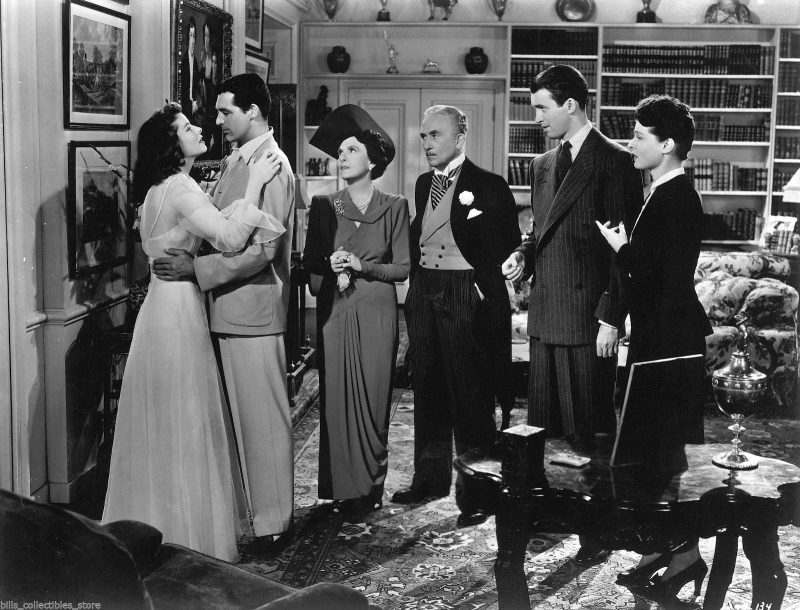 Excerpt from History.com regarding The Heidi Bowl:

…“NBC went to commercial right after the Jets’ kickoff and never came back. Instead, they did what they’d been planning to do for weeks: At 7 PM, they began to broadcast a brand-new version of Heidi, a film they were sure would win them high ratings during November sweeps. Before the game began, network execs had talked about what they’d do if the game ran over its scheduled time, and they decided to go ahead with the movie no matter what. So, that’s what NBC programmer Dick Cline did. “I waited and waited,” he said later, “and I heard nothing. We came up to that magic hour and I thought, ‘Well, I haven’t been given any counter-order so I’ve got to do what we agreed to do.’”

NBC execs had actually changed their minds, and were trying to get in touch with Cline to tell him to leave the game on until it was over. But all the telephone lines were busy: Thousands of people were calling the network to urge programmers to air Heidi as scheduled, and thousands more were calling to demand that the football game stay on the air. Football fans grew even more livid when NBC printed the results of the game at the bottom of the screen 20 minutes after the game ended. So many irate fans called NBC that the network’s switchboard blew. Undeterred, people started calling the telephone company, the New York Times and the NYPD, whose emergency lines they clogged for hours.

Shortly after the Heidi debacle, the NFL inserted a clause into its TV contracts that guaranteed that all games would be broadcast completely in their home markets. For its part, NBC installed a new phone–the “Heidi Phone”–in the control room that had its own exchange and switchboard. Such a disaster, the network assured its viewers, would never be allowed to happen again.”

More information about Mary Nash is featured in our beautiful 160 page coffee table book “These Sacred Grounds: 150 Years of St. Agnes Cemetery” by Historian and Author Kelly Grimaldi, and is now on sale for only $35.  Click here for book information.

2 thoughts on “The Heidi Bowl and Actress Mary Nash”