In January, 2019, Albany Diocesan Cemeteries launched “Stories of our Dearly Departed”, a series featuring stories and photographs of those who are buried within our 19 upstate NY cemeteries.

Mr. Cagger’s story will also be one of four skits that will be acted out by Albany Civic Theater actors graveside on Founders’ Hill – the very land he gave us, at the Menand House Garden Party Event, September 19, 2019.

Peter Cagger was a force to be reckoned with in mid-nineteenth century Albany.  His law practice was one of the most successful firms in the area at the time.  Mr. Cagger was much more than just a sharp-minded, prominent attorney – his benevolence was well-known making him a much-loved figure in the community. He was also known for his quick wit and wonderful sense of humor. Based on the countless articles published in newspapers all over the country, we can surmise that his influence was not contained to his hometown of Albany.  Cagger was well-known and respected on a national level. 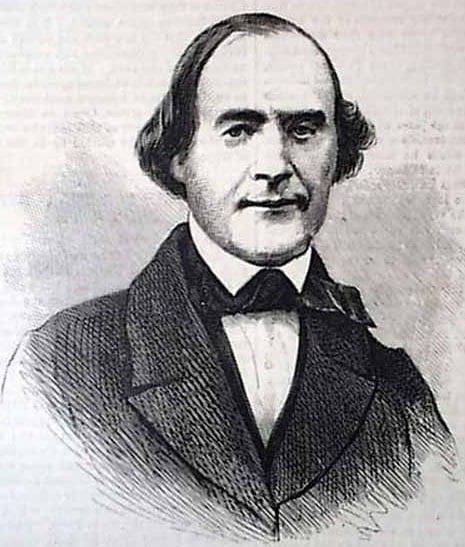 When he died tragically on July 6, 1868 at the age of 53, newspapers all over the country wrote in detail about the man who would leave his family and his community in deep mourning.  He is described as beloved citizen, loving husband and father and a devote Catholic. His widow, Elizabeth Cagger partnered with Mary Cagger, Peter’s daughter from his first marriage, to found a much needed hospital in memory of her beloved husband.  Hence we now have St. Peter’s Health Partners – one of the largest health organizations in the state. 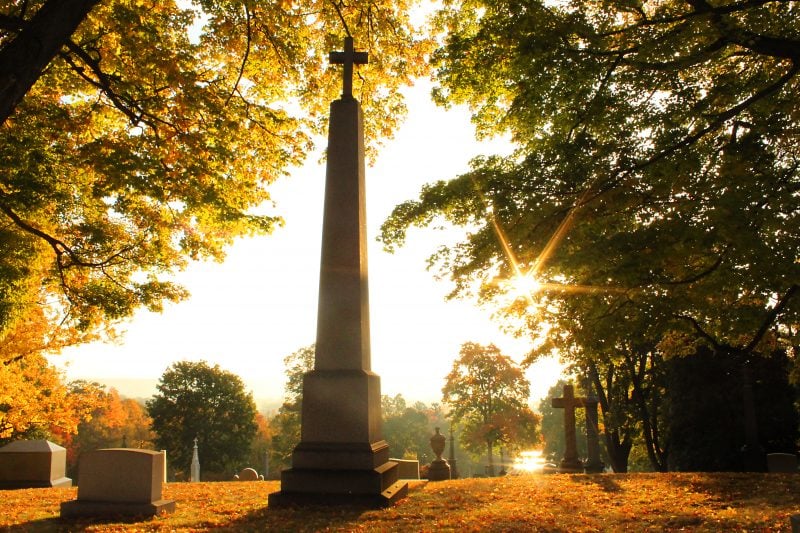 Among Peter Cagger’s benevolent gestures was the founding of St. Agnes Cemetery, Menands.   He purchased the original 50 acres for $20,000 – a tidy sum in 1867 – and donated the land to the Albany Diocese for the establishment of a much-needed rural Catholic cemetery.  His vision to create a beautiful, park-like cemetery was realized in a year.  St. Agnes Cemetery opened for burials in late June of 1868.  The vibrant, successful Cagger could never have imagined he would be among those first interred in the sacred ground he founded.  What must have been thinking as he ascended into heaven after having been thrown to his death from a horse-drawn carriage as it made its way through Central Park in New York City?  We will never know for sure but perhaps we can assume he was shocked to know his life was over just as he hit his prime. He would be missed.

Mr. Cagger’s story is featured in one of four skits that will be acted out by Albany Civic Theater actors graveside on Founders’ Hill – the very land he gave us, at the Menand House Garden Party Event, September 19, 2019.  Rather than belaboring the sad circumstance of his death, we feature him as he was; sharp, sophisticated, driven, kind and very human.  Our skits are meant to showcase the lighter side of the decedent’s life on earth.

His story along with photographs is also featured in our beautiful 160 page coffee table book “These Sacred Grounds: 150 Years of St. Agnes Cemetery” by Historian and Author Kelly Grimaldi, and is now on sale for only $35.  Click here for book information.